Common Pen: how Reynolds makes and sells its most recognizable product yet

The story of how Reynolds pen was made and why they remain a hit among writers, worldwide is one for the ages. 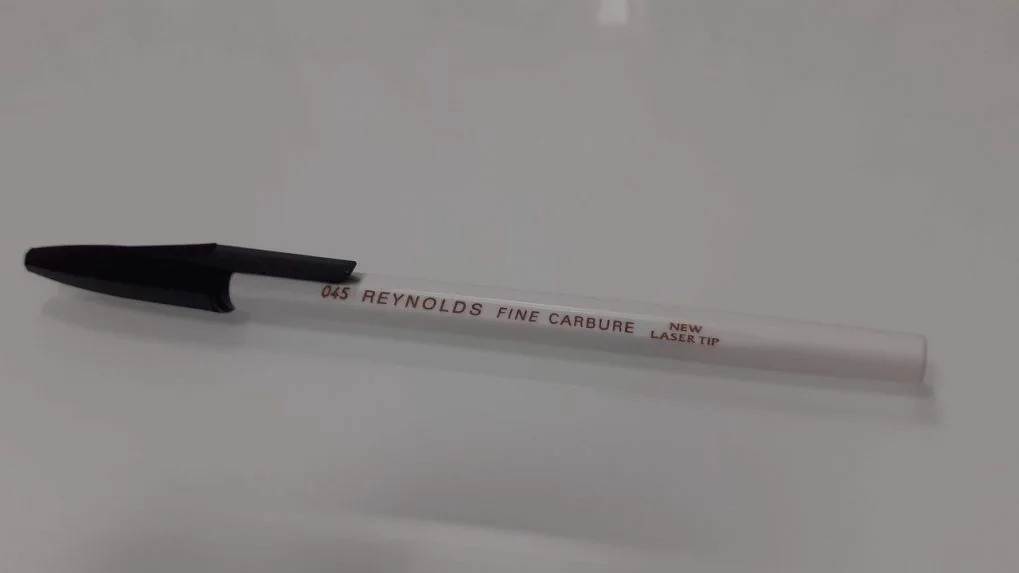 Unassuming, unremarkable and startlingly simple, Reynolds’ popular pen, the 045, has become synonymous with Indian stationery. Today, Reynolds manufactures “several million” of these mostly-white-barrelled, refillable pens from its manufacturing unit just outside Chennai. The story of how they’re made and why they remain a hit among writers, worldwide is one for the ages.

The Reynolds 045 gets its name from the year it was first made: 1945. “The ball-point of the 045 has a diameter of just 0.5 millimetres, and through the years we have been focusing on achieving a balance in the viscosity of the ink that goes into the pen,” says Dhinagaran Ramachandran, R&D director at Newell Brands, the parent company that owns the Reynolds brand.

The key to ensuring a balance in ink viscosity, he explains, is to ensure that the pen’s ink is viscous (thick) enough to avoid spillage but not too much so as to impede the flow while writing. Inside Reynolds’ R&D unit at the company’s plant, a group of technicians prep to test a new batch of inks at the in-house laboratory. They keep a special eye out on the viscosity of their specimen.

Reynolds has, over time, launched cheaper alternatives to the 045 (Photo Credit: Jude Sannith)

In an adjoining room, another group of personnel assemble reams of white paper as a centrifuge of sorts fitted with multiple refills keeps drawing orbits, in order to put the ink and refills to the test. The smallest of inconsistencies in the output are picked up before adjustments are made to the tip, ink or refill. Drop tests are conducted in the same lab, as the pens are tested for ruggedness.

Good ink and strength aside, the big draw of the 045 — also perhaps the reason the pen remains ever-popular among writers is India — is the fact that for years now, Reynolds has kept its unchanged at Rs 6 per pen.

“Local sourcing and Value Analysis Value Engineering initiatives are some of the key factors that have contributed to driving the cost down when it comes to the 045,” says Ramachandran. What that means is Reynolds has relied on local sourcing of raw materials as much as possible, in order to stay as price-competitive as can get.

Price, though, isn’t the only factor that has pushed sales of the humble 045. In fact, Reynolds has over time, launched cheaper alternatives. Some of the company’s most popular brands today — Reynolds Jiffy, Reynolds Bright and Reynolds Aeroslim — are all priced at Rs 5 per pen. However, the 045’’ easy-to-change refill ensures that it stays ever-popular.

“India is also a market that values and prefers refillable pens,” Ramachandran adds, “People tend to keep buying refills to use the same pen many times over.” While cheap, easy-to-use refillable pens sell and sell well, Ramachandran believes that COVID-19 may have a role to play in ensuring that this competitiveness in pricing may not last long.

“Post-COVID, we have begun seeing a 50 to 100 percent increase in costs across the board,” he says, “From plastic, transportation and logistics, and ink to supply chain disruptions, a spike in costs have become a reality of the pen-making business today. There’s every indication that these prices may see a hike in the near future.”

Aside from catering to the Indian market, the 045 is exported to the Asia-Pacific region, Europe, Middle East and Latin America. The product remains one of Reynolds’ mainstays, even amid multiple innovations in writing stationery. For the moment, its longevity seems likely to stay.

Reynolds India – On a Mission to Educate and Empower Young India

Reynolds Pens – one of the most well-known and respected stationery brands, trusted by generations.

Reynolds Pens - one of the most well-known and respected stationery brands, trusted by generations.

Reynolds India – On a Mission to Educate and Empower Young India

The giant leap of stationery brands from television to digital marketing

‘India has always been a key part of Reynolds’ global R&D strategy, efforts’

Published By : The Hindu Business Line